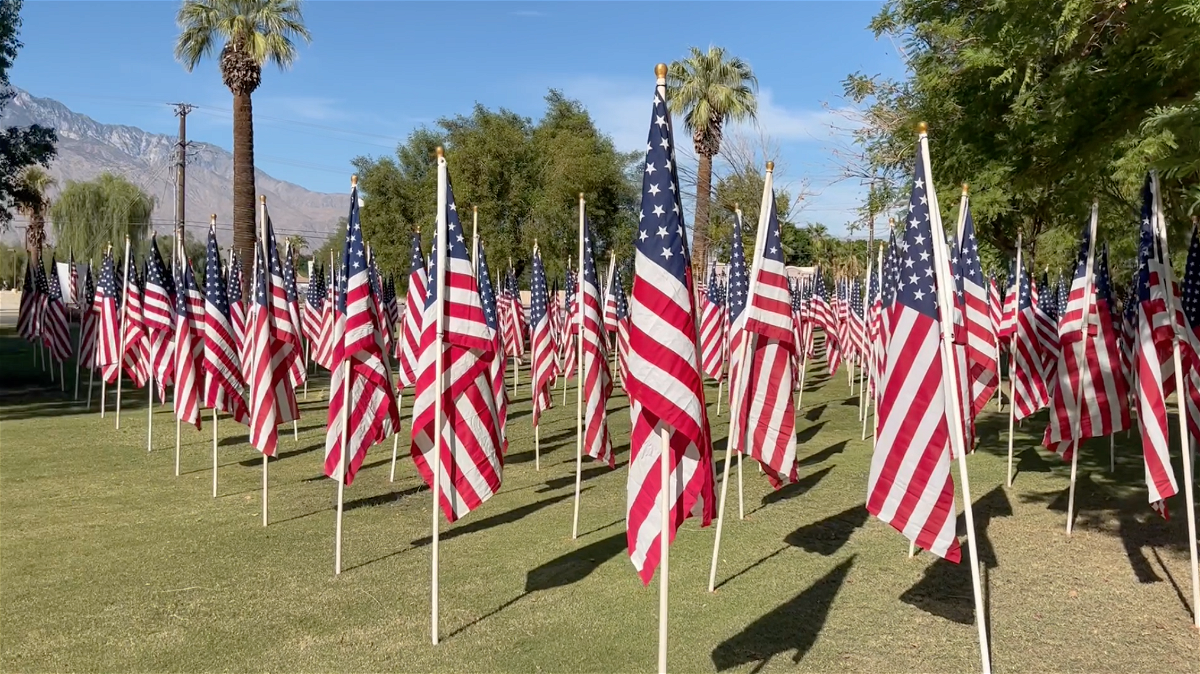 Jo Anne Kennon, event organizer and co-chair of Fields of Valor, says Patriot Park has been honoring veterans for more than a decade.

“We hope to educate veterans who survived the war and veterans who made the ultimate sacrifice of their lives to protect our freedom,” Kennon said.

Volunteers of all ages help set up flags on the “healing field”.

By the end of the week, an American flag will be placed on each stake.

Rita Lamb, Pro Tem Mayor of Cathedral City, said: “People who are part of the community can participate by bringing a flag and putting it down. So over the course of the week this whole field will be filled with flags, commemorating those who came before us.

This year’s event aims to honor all veterans, no matter when or where they served.

“There are nearly 1,300 veteran flags depicted for the lives lost in California, along with Vietnam, Iraq and Afghanistan. These are all local veterans because we wanted to bring this closer to home,” says Kennon .

Not only did Irwin and his family attend the ceremony, but they took time to help raise the flags commemorating those who made the ultimate sacrifice.

“It’s amazing how many are here. It’s a healing field. I did it out of respect for them. And there’s no other way to put it. Deep respect for those who have made the ultimate sacrifice,” said Lt. Col. Irwin.

A special ceremony will be held at Patriot Park on Nov. 11 on Veterans Day beginning at 4 p.m.

You can also visit the “Fields of Valor” until November 12, when they will hold a closing ceremony at noon.

How to Use Microsoft Excel Templates for Event Planning

Novant Health is hosting a hiring event next week