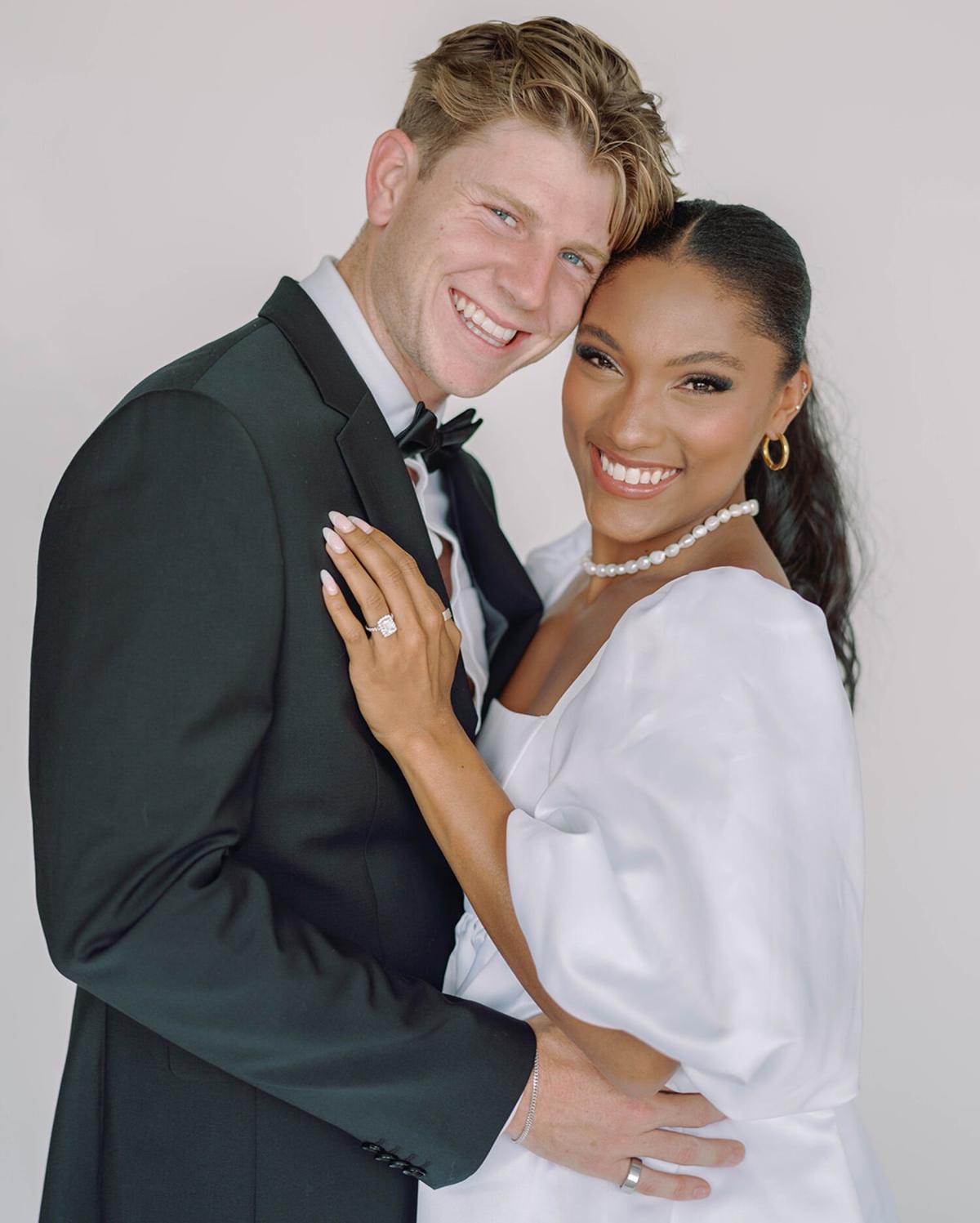 The three-time Paralympian and Team USA Olympian, both 23, exchanged vows in front of 214 friends and family on Oct. 16 at D’Vine Grace Vineyard in McKinney, Texas.

“It’s been such a dream,” Davis told PEOPLE. “Since we started dating, Hunter and I have talked about getting married. We’ve really seen each other for the rest of our lives and it’s so surreal. We’ve hit so many milestones together and this is the most important. It’s everything we dreamed of!”

The pair got engaged on a romantic getaway to Cabo San Lucas, Mexico in September 2021.

After the couple’s seven bridesmaids and groomsmen — and their two dogs Milo and Winnie, who served as ring bearers — Davis’ father escorted her down the aisle. Woodhall’s teammate Trenten Merrill presided over the ceremony and the bride and groom exchanged their traditional vows.

Right after the “I dos,” guests were directed to the courtyard for cocktail hour, where there was an open bar and past hors d’oeuvres, including mini chicken tacos, bites of smoked salmon and goat cheese and bacon-wrapped jalapenos, plus two signature cocktails named after their dogs! The Milo Mule (a Moscow mule) and Winnie Rita (strawberry margarita).

The couple’s wedding planner Alexa Kay says the inspiration for the event was a modern romantic take on shades of pink. “When I first met Tara and Hunter, she kept mentioning the word ‘fairy tale’ and that her favorite color was pink,” Kay explains. “When I went into the design process, I kept that in mind, but I also wanted to keep things modern.”

Along with the natural-colored linens and unique flowers, “we decided to add an airy floral installation for dinner to give a whimsical vibe as well as adding heavy candles on the tables to make it more romantic,” adds Kay.

After dinner, the guests danced under the lights of the courtyard until the end of the night when Woodhall and Davis made their grand exit, walking through sparklers before leaving in their Tesla with butterfly doors.