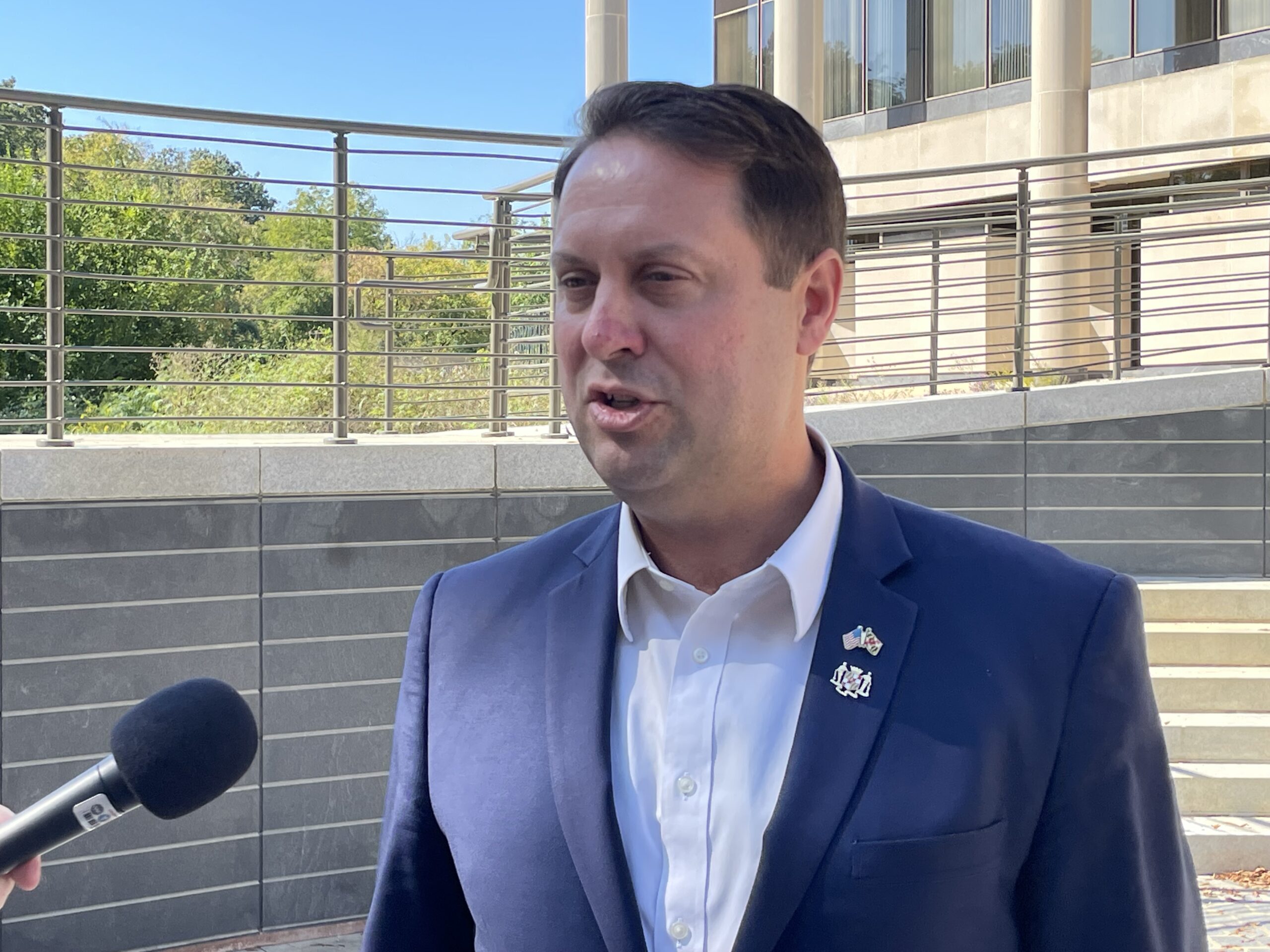 Republican gubernatorial candidate Dan Cox abruptly pulled out of a GOP unity rally on Monday after a Jewish group said the event’s name evoked memories of the deadly white supremacist event that happened in Charlottesville.

The event “Let’s unite the right” had to take place at a restaurant in Arnold on October 22. Organizers said the concert and rally were aimed at bringing together a fractured Maryland Republican Party for the final weeks of the campaign.

But Cox and his running mate, Gordana Schifanelli, spoke out against the event after a prominent Jewish organization noted that it appeared to represent the first time since the 2017 riot in central Virginia that anyone had used the name “Unite the Right”.

One person died and dozens were injured in the melee. Attendees carried Nazi and Confederate flags and some chanted “Jews will not replace us” and “Russia is our friend.” The rally followed the removal of Confederate monuments and the massacre of a black church in Charleston.

In a statement, the Cox campaign said the Maryland event was made public “without the campaign’s knowledge of the title.”

“Upon being discovered, Delegate Dan Cox and the Dan Cox For Governor Campaign immediately dissociated themselves from any further involvement,” the statement read. “Dan Cox, Gordana Schifinelli [sic] and the entire campaign denounces any association with this event.

“We will not be associated with anything that recalls, accidentally or otherwise, the indescribable tragedy that took place in Charlottesville, Virginia on August 12, 2017. Anything less is unacceptable.”

The Oct. 22 event was sponsored by Red Renaissance, Inc., a group that describes itself as “the next generation of conservative leaders.” It is described as a fundraiser to benefit Republican candidates. 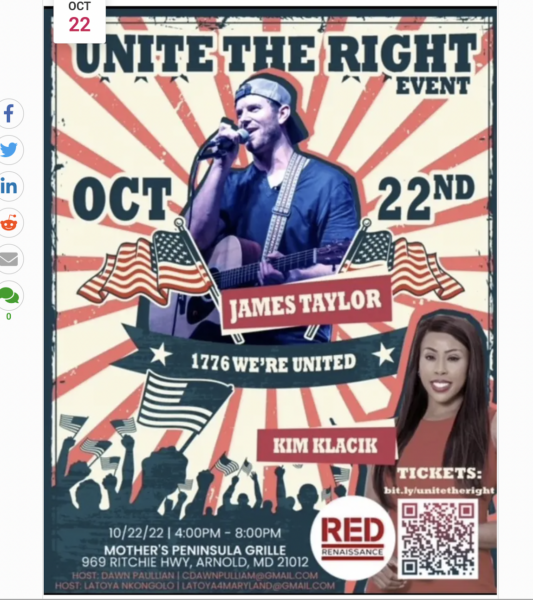 Flyer for a Unite the Right event hosted by Red Renaissance, Inc. Screenshot.

General admission tickets are $17.76. For $45, VIP attendees will have the opportunity to meet country artist James McCoy Taylor, the performer of the evening, and WBAL Radio talk show host Kim Klacik, an organizer who is expected to serve as master of ceremony.

The group has a list of “special guests” that includes Cox, Schifanelli and several congressional candidates, including Chris Palombi, Nicolee Ambrose and Yuripzy Morgan, among others.

The two party activists who were asked to lead the event said they never intended to replicate what happened in Virginia.

“It has nothing to do with Charlottesville,” said LaToya Nkongolo, an unsuccessful candidate for the Anne Arundel County House of Delegates. “When the name came up, it fit our definition of what we want to do in Maryland. What we want in Maryland is to make sure our candidates here get the support they need from the community. … And that’s all.”

“It’s a concert,” she added. “I can tell you unequivocally that I don’t want to be tied to anything anti-Semitic or white supremacist or whatever connotation that comes with it.”

Nkongolo said Klacik chose the name. In a video posted on Twitter on October 3, Klacik said, “I know I complain a lot that Republicans are somewhat fractured. … We all need to come together. On Election Day, we must vote Republican on all ballots. »

Co-host Dawn Pulliam, former County Council candidate Anne Arundel, said tying to Charlottesville “was never, ever, ever” intended. “I love him,” she said of Cox. “If we did anything to put it in a bad light, that wasn’t the intention. It’s really unfortunate. We just wanted to bring people together.”

When asked if she knew the name of the event, Morgan, who hopes to unseat Representative John Sarbanes (D), replied: “Hell no.”

“An event related to white supremacy or anti-Semitism has no place in Maryland and America, for that matter,” she wrote in a text. “I would never attend an event that encouraged these ideas. Also, I’m deeply offended that I was included because I would never give permission to have my name on it.

The leader of a prominent Jewish group said that if the use of the Unite the Right name was unintentional, organizers should choose something else.

“Using the phrase ‘uniting the right’ to name a rally strikes me as a whistle blow to anti-Semitic white nationalists,” said Howard Libit, executive director of the Jewish Council of Baltimore. “It is clearly reminiscent of the tragic Charlottesville rally.”

Klacik, who unsuccessfully sought a congressional seat in 2020, said Fox 45 (WBFF-TV) in Baltimore that the rally will go ahead despite the withdrawal of Cox and Schifanelli. She scoffed at the idea that anyone would link her event to violence in Charlottesville.

“I just think it’s pretty silly that someone is trying to tie the name to Charlottesville and white supremacy,” she told the station. “As a black woman who ran in a predominantly black city, that’s the last thing on my mind maybe because I’m black.”