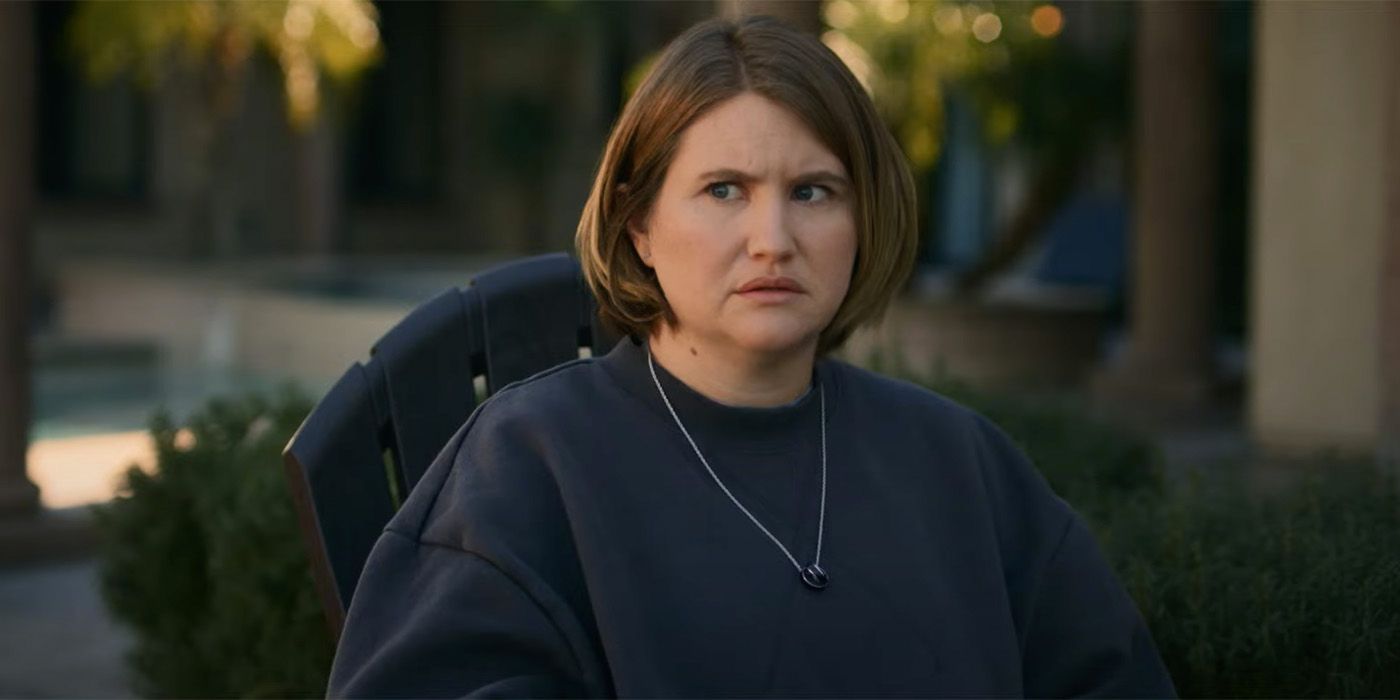 The new trailer, which showcases the film’s dark comedy, begins with Vanessa Bell candidly telling a party planner about the passing of her best friend and business partner Jennifer (Morales). When Vanessa decides to take a little getaway on her own to deal with the loss in private, she comes across Jennifer alive, drinking from a bottle of olive oil. “Jennifer” gives Vanessa a sort of otherworldly PowerPoint presentation about how she’s not Jennifer, but an “alien” who has taken Jennifer’s form. Apprehensive at first, Vanessa begins to attempt to improve her life while entertaining her dead best friend’s alien look-alike, which she isn’t even sure is real. As the trailer continues, it becomes apparent that I’m totally fine will be a wacky and heartfelt exploration of grief and friendship.

COLLIDER VIDEO OF THE DAY

The official poster of I’m totally fine is as trippy as the film’s premise. The poster depicts the film’s two main characters sitting together in a bathtub. The bathtub appears to float above the ground, and above is a beam of light from an alien spacecraft. The poster features the slogan “Friendship takes many forms”.

RELATED: Trailer for ‘Pitch Perfect: Bumper in Berlin’ Reveals Another High Note for the Music Franchise

I’m totally fine is directed by the first filmmaker brandon dermer from a script of Alisha Ketry. Ketry is known for writing episodes of the shows American dad! and More complete house. Jonas Dolkart serves as producer alongside Newacheck. The film is one hour and 23 minutes long and is unrated.

I’m totally fine will be available in theaters, on demand and digital on November 4. Check out the official trailer and poster below:

Here is the official synopsis of I’m totally fine:

Vanessa (Jillian Bell) embarks on a solo journey to clear her head after the death of her best friend Jennifer (Natalie Morales). But her self-care vacation takes a detour when she finds the recently deceased Jennifer standing in her kitchen, pretending to be an alien. Together, they spend the next 48 hours partying and reminiscing about better days in a standout comedy.