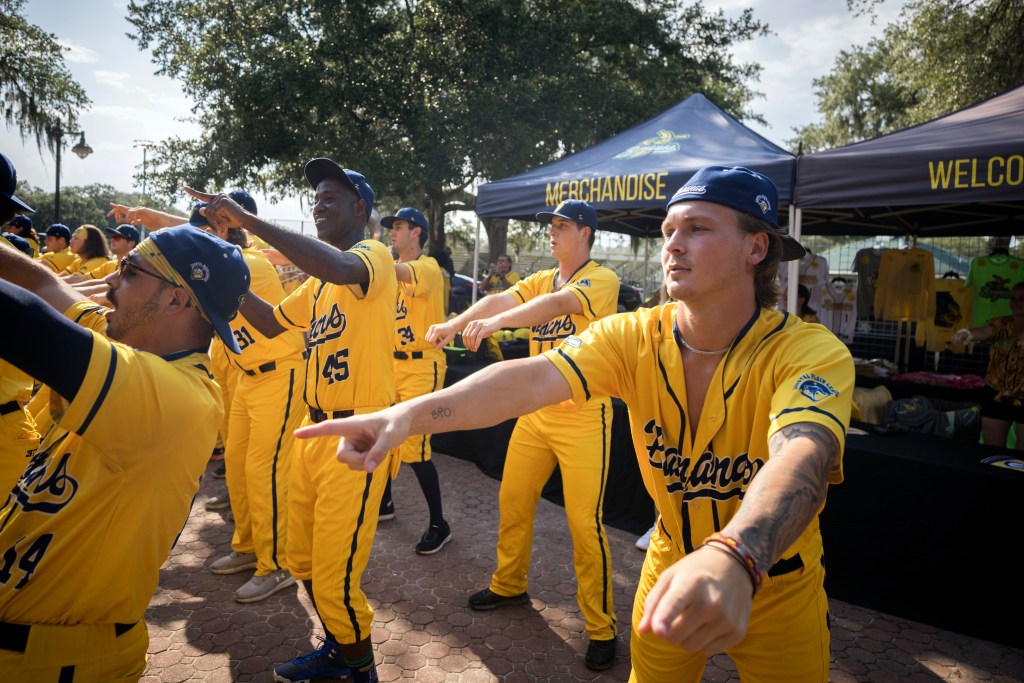 The Savannah Bananas are heading west.

The Excite Ballpark in San Jose, home of the Single-A Giants, will host the Bananas as they take on their rivals, the Party Animals, on July 25 next year.

The Bananas have garnered national attention for their fun style of baseball, which includes players on stilts, choreographed dances on the pitch, and a number of trick pitches. The Bananas cheer squad and dancers – from the referee to the senior Banana Nanas dance team – borrow from other sports to keep the game alive.

“Banana Ball” also features unconventional rules to keep the game fast and interesting for fans, including no bunting, batters stealing first base, and a two-hour time limit.

Bananas’ 2022 seven-stop U.S. tour was featured in the ESPN+ documentary series “Bananaland.” ESPN’s streaming arm also airs the Bananas’ games. The team is also popular on TikTok, where they have 3.4 million subscribers thanks to the wild videos created by the Bananas’ fun baseball style.

The Bananas and Party Animals rosters will be populated by independent professional players playing along the 2023 32-city tour. Including the games they will play in Savannah, the Bananas have 70 games next season, including 18 against challenger teams outside of the Party Animals.

Former MLB players got in on the action with the Bananas, including former Giant Jake Peavy and former Savannah native Josh Reddick. Last season, former All-Star pitcher Bill Lee played with the Bananas at age 75 and said he plans to return next season.

Tickets are not on sale yet, but you can sign up for pre-sale alerts on the Bananas website.

Look out 2023! We have big things in store for you on the Banana Ball World Tour. #GoBananas pic.twitter.com/L1ui0ti7ew