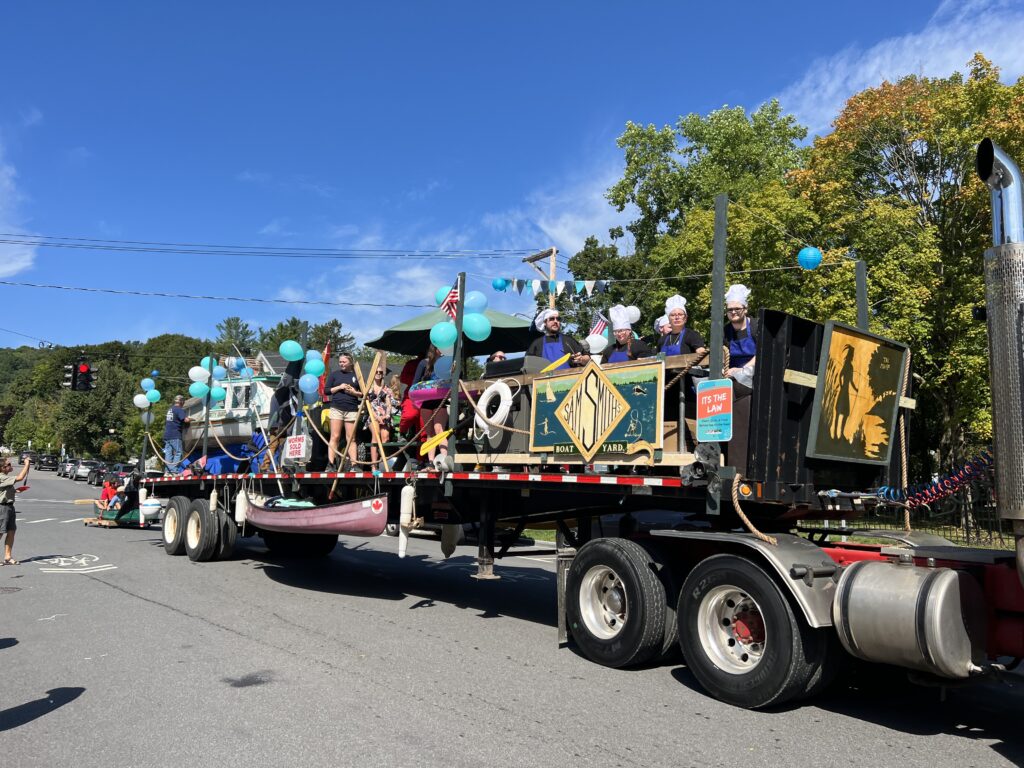 “As part of our 25th anniversary, we thought it was only fitting to do something to celebrate all the support the Cooperstown business community has given us over the years,” said Tim Holmes , event organizer of Ommegang Brewery.

“We started with a kick-off the previous Friday evening with an open invitation to a social gathering around his well-known hearth,” Mr Holmes said. “The evening ended with a strong and colorful fireworks display.”

Next is the parade on Main Street in Cooperstown.

“Company participation could be as simple as carrying a banner or as complex as designing an entire float,” Mr. Holmes said. The goal, he said, was just to have a fun parade.

“It was not meant to be as grand an event as the Induction Day Parade, nor was Ommegang’s intention to shut down the entire city,” he said.

On Saturday, traffic was brought to a halt by the blaring sirens of Cooperstown Police followed by the Cooperstown and Milford Fire Departments to announce the start of the walk.

As part of this introduction, the Leatherstocking Trolley was filled with an enthusiastic contingent of the 316th Military Police Detachment from Los Angeles, California.

The start of the parade was the ubiquitous Ommegang Food Truck, followed immediately by the brewery float, which welcomed Bourbon & Branch from Cooperstown blasting their tunes.

Then it was time for participating companies to strut their stuff.

The management of Upstate Bar and Grill managed to lift the bull statue that usually adorns their premises onto a platter, followed by Bocca Osteria’s portable pizza maker.

“We had a great time,” said Joe Vezza, owner of Bocca Osteria and Upstate Bar and Grill. “It was a family project. We think the community/village should do more things like this; we would love to participate in other events,” he said.

Then came an unmistakable bright yellow sunflower car representing the Sunflower Café in Springfield Center, with Cheryl Zambelis at the wheel. What a delight!

The Susquehanna SPCA float featured a giant beagle character, along with some of its four-legged residents available for adoption.

And the whole parade was accompanied by a float from Blue Mingo, Mingo Market, Sam Smith’s Shipyard and Lake Classic Outfitters. Very involved, intriguing and brilliant.

“Our team had a fantastic time putting together our multi-faceted float and it was a great team building and morale building project. From our chef Illario Mulas who cooks and hands out hot dogs to little Brixton Greer who salute the Dirty Bird, a 123 year old locally built boat, it was a truly exceptional experience,” said Mr. Gialanella. “All had a great time and the outpouring of support from the community made it a very special day. .”

Prior to the event, Ommegang had announced a prize of $1,000 for the best float chosen by its staff, and this prize was awarded to the Blue Mingo float, Mingo Market, Sam Smith’s Boatyard and Lake Classic Outfitters.

The riders on each of the floats of course cheered, laughed and waved at the crowd, but in addition to their decorations, all the floats were loaded with sweets and other treats which were thrown into the crowd,

In 28 minutes, the parade was over, but in that short time was a focused and fun experience that accomplished exactly what all of Ommegang’s management had hoped to achieve – an informal yet highly memorable celebration. And it was memorable.

The anniversary weekend ended with a pub crawl.

“Local bars and restaurants participated in serving Ommegang beers,” Mr Holmes said. “Entrants received a ‘Pub Passport’, sampled Ommegang beers, then took the passport to Ommegang for a chance to win a prize.”