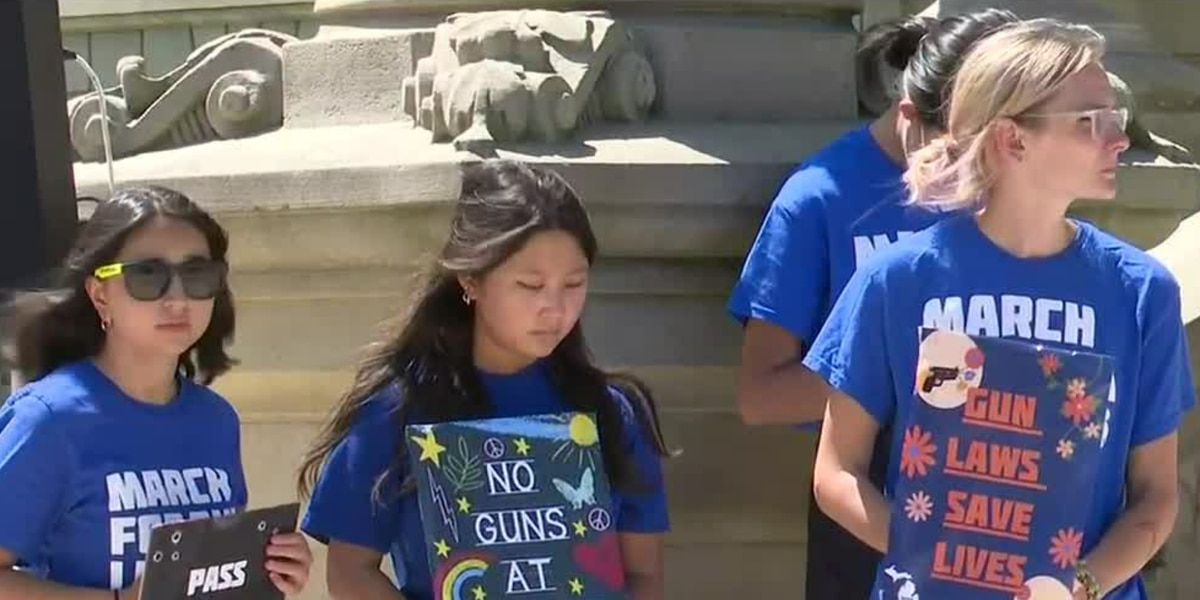 LANSING, Mich. (WILX) — The school shootings have many students across the United States demanding action from lawmakers. Most students will soon be back in class and they are worried about how they will be protected from gun violence.

March for Our Lives organizers and other protesters lay on the ground Friday at the Michigan State Capitol in Lansing. It was an act in memory of the victims of the school shootings. Signs reading “No guns at recess” were held by students who wanted lawmakers to pass laws that will protect schools from gun violence.

“Because when shootings happen in schools, bullets can’t tell the difference between blue and red. The lives that are lost are lost anyway and politicians on all sides should recognize that. We urge you to save our lives because the power is in your hands,” said March for Our Lives organizer Brelian Karimian.

“No Guns at Recess” included protests to help show the impact of gun violence in schools across the United States.

“We also had a toy exhibit which was supposed to represent the innocence of children and then the reveal of the body bag which shows the deaths of many people due to gun violence,” Karimian said.

Event organizers said they’re not asking to take gun rights away from responsible owners — they want laws that will keep guns out of the wrong hands.

“Gun control is basically a failed policy of the past. Pandora’s box is open, guns exist, they are here, and only the law-abiding obey gun control laws. Dangerous people don’t,” said Steve Dulan of the Michigan Coalition for Responsible Gun Owners and the National Rifle Association.

State House and Senate Democrats have introduced several new gun bills this year. Republicans, who control the legislature, blocked those bills from coming to a vote. For now, the legislature is unlikely to pass new gun control laws.

“Well, our work is not done. Obviously, we are not heard loud enough. It’s a shame that we have to continue to be here every few months,” Karimian said.

The CDC found that in 2020, males, minors, and young adults had the highest rate of gun deaths. It was the deadliest year for gun violence in the United States; there were 45,000 deaths.

Subscribe to our News newsletter 10 and get the latest local news and weather straight to your email every morning.