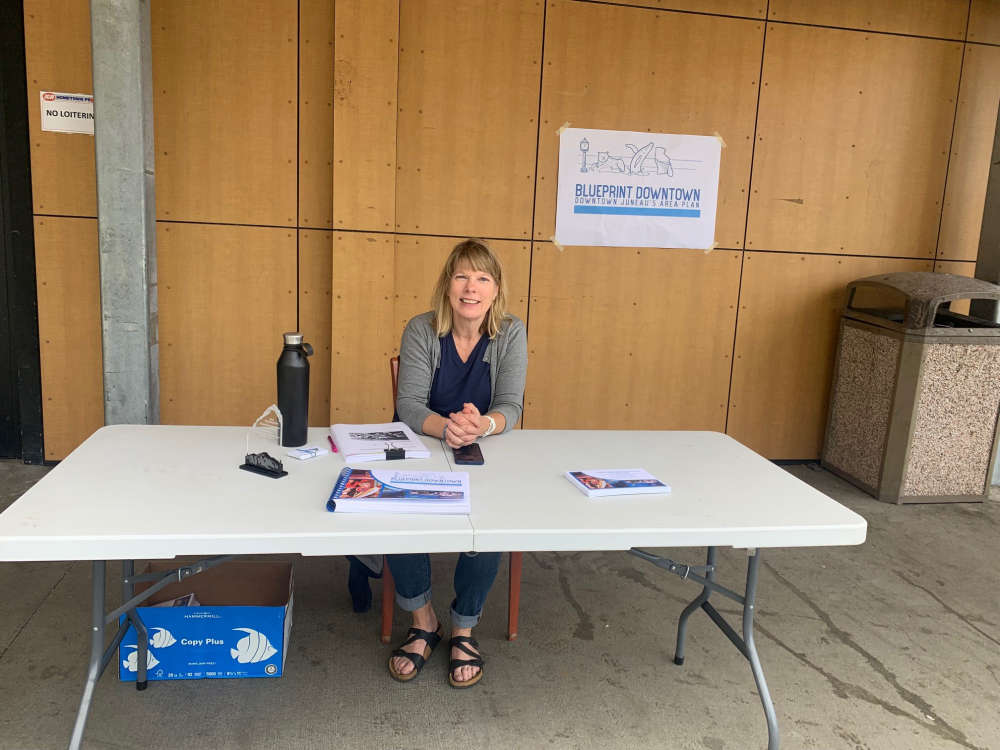 Beth McKibben made a chart with information regarding the plan.

McKibben was also open to questions from the community to help the public understand the public review process.

The general focus of the project is the area from Rock Dump to Norway Point (Juneau Yacht Club).

Blueprint Downtown’s overall mission is to create a long-term area plan that incorporates the previous work of relevant community plans, as well as taking into consideration the wants and needs of the community.

The plan was developed through several community meetings and a steering committee of 13 people appointed by the Planning Commission.

Currently, this draft is still in the drafting stage and open for public comment.

The public comment period is from July 21 to August 20.