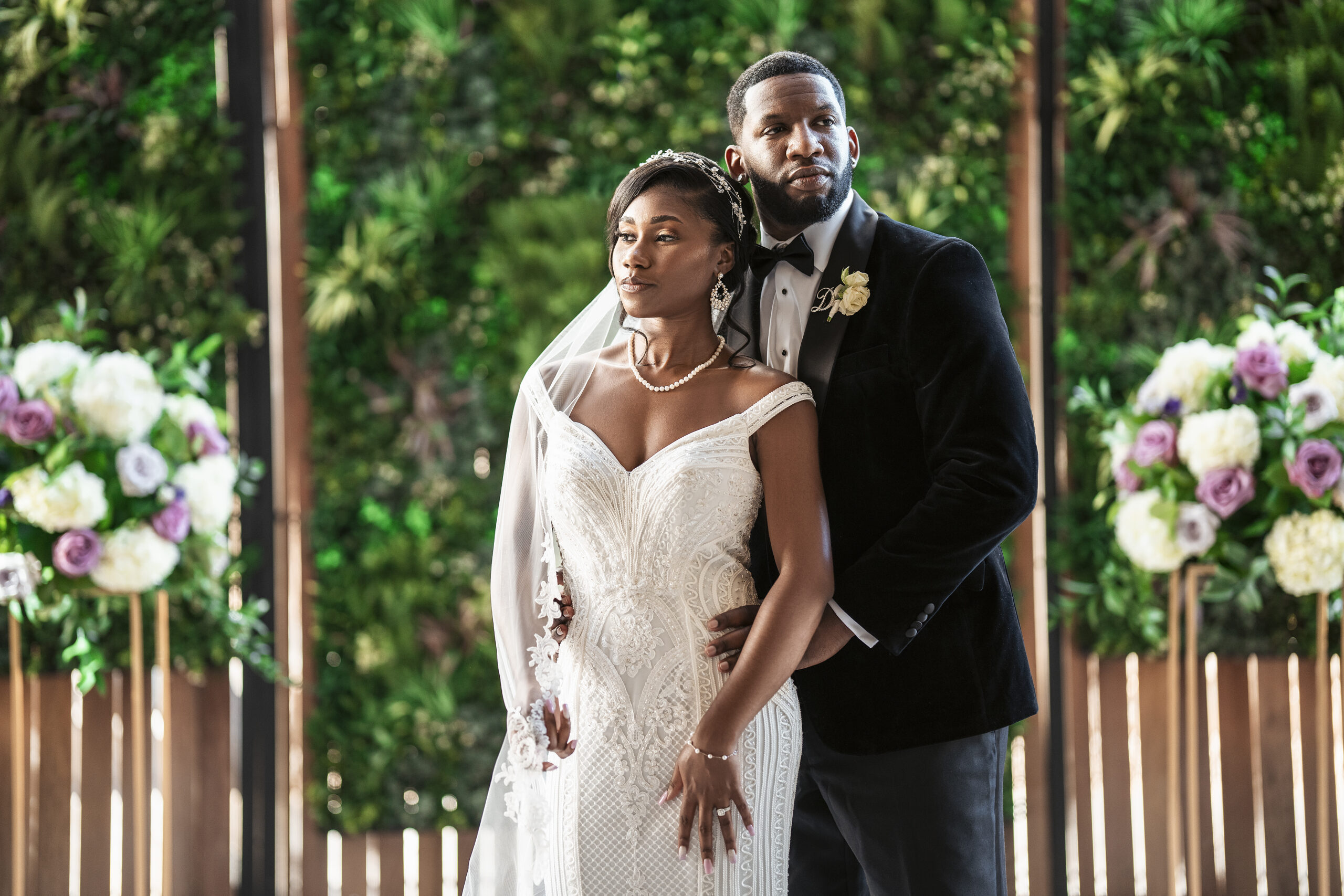 If what comes to mind when you hear the phrase “law and order” is the long-running television series or the subject of a political speech, prepare for a reset.

Darien and I met about four years ago. I had moved to North Carolina to attend law school at North Carolina Central University. Darien was at the police academy. We met on Tinder. We talked and texted for a few days and then agreed to meet for the first time.

We decided to go to Maggiano. It was my second time there, but the first time in North Carolina. I guess Darien had eaten there often, as he loved their food. We both ordered a drink and dinner. I ordered chicken alfredo which surprisingly I didn’t like. Darien ended up having to share his meal with me. After dinner we went to see a movie. I believe it was “Thor”. It was a very nice evening. The conversation was great and we just connected. We continued to date for about two years before he asked me to marry him.

Stay informed of news and events that impact Black communities in Charlotte.

It’s the good one’

There wasn’t a specific moment when I knew I had met this one. It was more of an accumulation of things, like how caring he was. An example was when he gave me a surprise birthday party.

I love my birthday. One year he invited all my friends from law school to a surprise party. He had all my favorite foods and gave me a gift with a picture of my late grandmother, who I was extremely close with..

Darien proposed on September 23, 2020. He picked me up from my flat and took me to Bleu Olive Bistro in Durham. Before we got in, I noticed him get in the back of his car and pull something out of the trunk. I could tell he was a little nervous but he wasn’t sure what was going on. I played everything.

We walked into the restaurant and they made us sit down. Then Darien excused himself, got up and started walking towards the hostess area. He left a few minutes before returning. He told me that he had gone to ask the hostess for the location of the toilets. I knew he wasn’t going to the bathroom because it was literally three tables away from where we were seated. I assumed something was up, but I didn’t know what, so I didn’t say anything. We ordered our food and talked.

After eating our entree, he asked me if I wanted champagne. I was like, “Okay, that’s cool.” While our server was pouring the champagne, he got down on one knee. He had written a note describing what he wanted to tell me, but he was too nervous to read it. Instead, he just told me what was on his mind. Then he asked me to marry him. It was very sweet. We had been talking for a while about getting married. I didn’t know he was planning to propose that day.

Our engagement photos were taken in a park in downtown Charlotte. Many people were passing and they stopped to congratulate us. Passing cars honked their horns. Everything was very romantic.

Planning the wedding wasn’t too stressful. I was still studying for the bar so it all remained very laid back and relaxed until the summer of 2021. That’s when we found our place. We already knew who we wanted to be on our bridal party, so it didn’t take long to get the marriage proposal boxes ready and mailed.

Darien was really helpful. We went around all the places together, and he was there for the meetings with the decorator, the florist and the tasting of cakes. I made sure to include him whenever he was interested. Our wedding planner was The Silk Veil by Ivy. They were very helpful and made sure everything went smoothly.

Our wedding was everything we could have hoped for. We had 145 guests from Georgia, South Carolina, New York and North Carolina. The ceremony was traditional and began at 4:30 p.m. We wrote our own vows. I was looking forward to hearing Darien’s wishes. He did a terrific job.

Towards the end of the ceremony, our families lit a unity candle. My mom and dad lit one candle, while Darien’s parents lit the other. Darien and I took these candles and lit the center candle. The purpose of the unity candle was to visually signify that we are connecting two families and becoming one.

The reception was lovely and lots of fun. I was thrilled that my family members who hadn’t met Darien finally had the chance to meet him. The tables were decorated with candles with lilac, purple and white flowers. Our entrance song was “Welcome to the Party” by Pop Smoke. Our first dance was to ‘Here and Now’ by Luther Vandross. My dad and I shared a dance to “Isn’t She Lovely” by Stevie Wonder. Many people said he danced like James Brown as he glided across the floor. Darian and his mother danced to “Mama” from Boys II Men. The party lasted until late in the evening.

After the wedding, we spent two wonderful weeks in the Dominican Republic.

Are you recently engaged, married, celebrating an anniversary or renewing your vows and want to share your story? Click here to start.

Sanwo-Olu, host wife of the Eid-el-Kabir festival for Muslims