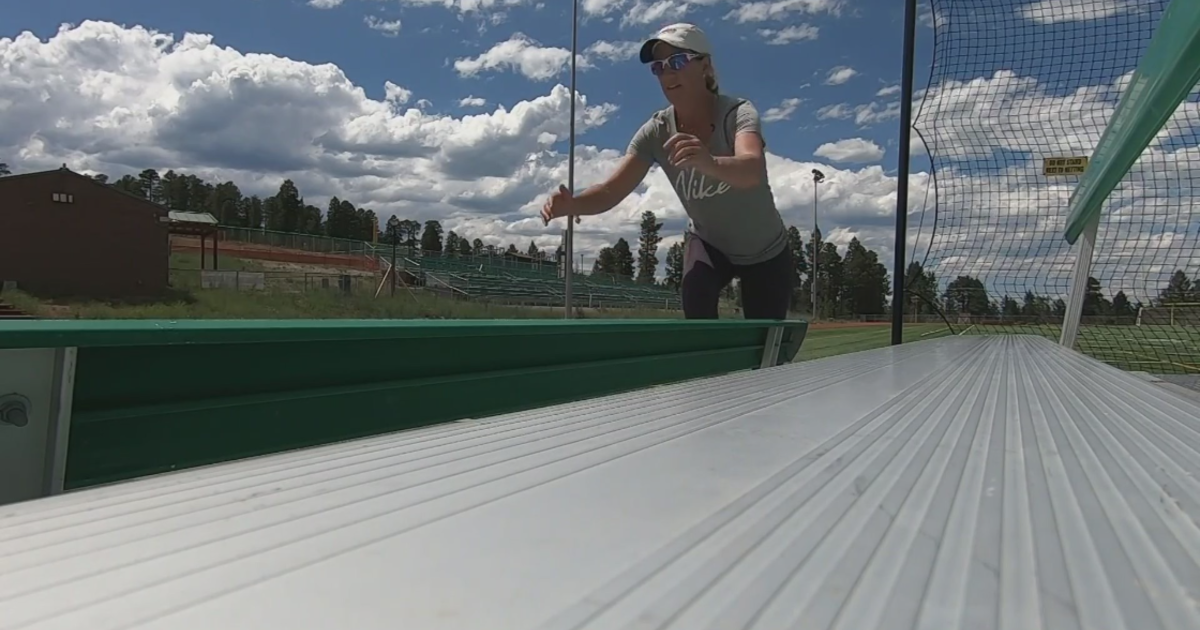 Evergreen Woman Gives Back to Alpine Rescue Team Who Saved Her

Nearly a year after a dangerous rock climbing accident, Kelly Brown is giving back to the volunteers who saved her. Next month, the Evergreen resident will not only be at the Alpine Rescue Team’s big fundraiser, but will also be integral to its success.

“It was like the stars were aligned,” Brown said. “What a gift I can give them.”

A lifelong marathon runner and rock climber, Brown sticks to bodyweight workouts and short jogs these days. That’s an impressive feat considering the state she was in earlier this year.

“I started walking in February,” Brown said while practicing at Conifer High School on Saturday.

Still, light workouts are just the next step in his recovery. In August, she will run a race for the first time since a life-changing day 11 months and 3 surgeries ago.

“I’m just starting over, and you have to start somewhere,” Brown said.

Last September, Brown and three friends were climbing Mount Bancroft when she stumbled and fell nearly 30 feet. After calling for help, the Alpine Rescue Team came to her aid, taking 6 hours to lower her and take her to hospital.

Brown did not come out of the ordeal unscathed. She needed multiple surgeries and months of rehabilitation for a major fracture to her right tibia.

“From the day I fell, September 5, to the day I gained weight, that was December 15,” Brown said.

It was a long time to recover, but also an opportunity to reconnect with the team that saved her. Her gestures of thanks began with Christmas cookies, a poem and a donation, and now, months later, the career event planner is hosting the volunteer organization’s first major fundraiser in two years.

In his 25 years on the team, Wood has saved countless people. Few have given back like this, he told CBS News Colorado.

“When we cut a rope or break a vehicle, it costs money. We really don’t get a lot of grants or things like that, so every donation we get is what keeps us going and helps us help people,” Wood said. “When we save someone and they come back and make an effort in a way that helps us do our job and help the community, it’s a win-win for everyone.”

With a month to go, Brown isn’t just hosting the road race, she’s planning to race there. She calls it a full circle moment for everyone involved.

“I needed it to have a purpose. It couldn’t be just that I fell and got better,” Brown said. “It’s rescue, recovery, racing, reward.”

The Evergreen Town Race will take place on Sunday August 7th. There is a 5K and a 10K. You can find more information on how to register or donate here.

Conor McCue is a proud and passionate journalist who couldn’t be more excited to cover Colorado first. This incredible state is where he grew up and there is no place he would rather be.

A special couple celebrated at the Big Gay Prom in Gananoque