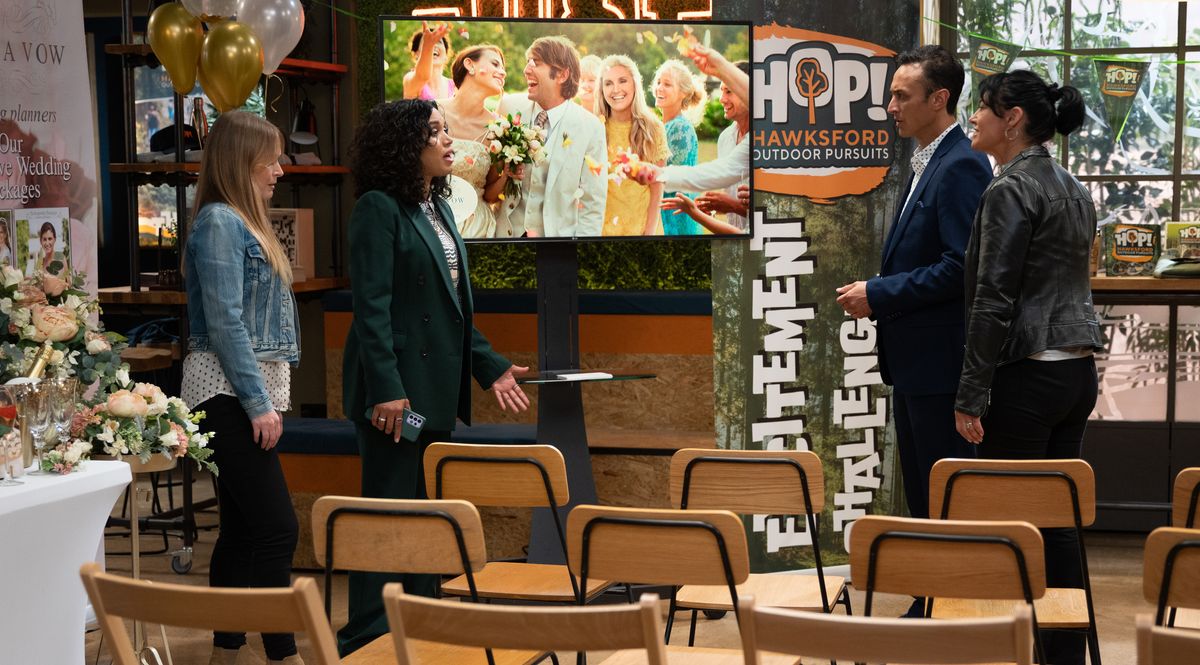 EmmerdaleMoira Dingle gets the shock of her life in Monday’s episode (ITV, 7.30pm, see our TV guide for full listings).

When Moira Dingle’s daughter, Holly, died of a heroin overdose in 2016, the mother’s world came crashing down. Moira found Holly dead in her bedroom but was never able to piece together exactly what happened that fateful night.

But there’s someone under Moira’s very nose who knows a lot about it – Vanessa’s girlfriend, Suzy.

Suzy couldn’t believe the coincidence when she found out Holly, a photographer she used for events, was Moira’s daughter. Worse still, the party planner realized that the night Holly died, she had given him money to do drugs.

Leyla is the only one who knows Suzy’s guilty secret and she desperately wants it to stay that way.

But the terrible truth comes out during a showcase at HOP when a photo of Holly accidentally appears on the big screen.

Moira is amazed and desperately searches why Suzy and co have an image of Holly that she sees was taken the night her daughter died.

Suzy gets carried away and stammers a cover story in the face of Moira’s questions. But his girlfriend Vanessa is not fooled.

Later, backed into a corner, Suzy is forced to tell Vanessa the truth. The village vet falters as Suzy explains. She can’t believe her ears because her girlfriend admits that she takes drugs. Vanessa feels sick as Suzy talks about Holly. In an instant, everything changed and Vanessa feels like she has no idea who she was dating.

When Moira arrives, Suzy fears she overheard their conversation. But Moira didn’t and is here to apologize…

Vanessa is disgusted when Suzy doesn’t take the opportunity to tell the truth…will she tell her partner Moira herself or keep quiet for Suzy?

Elsewhere, Liv pushes her mum to talk and finds out that Sandra owes a guy called Terry £4,000. And at Home Farm, Amelia spots a visit order Gabby sent and puts it in her pocket, planning to visit Noah herself.