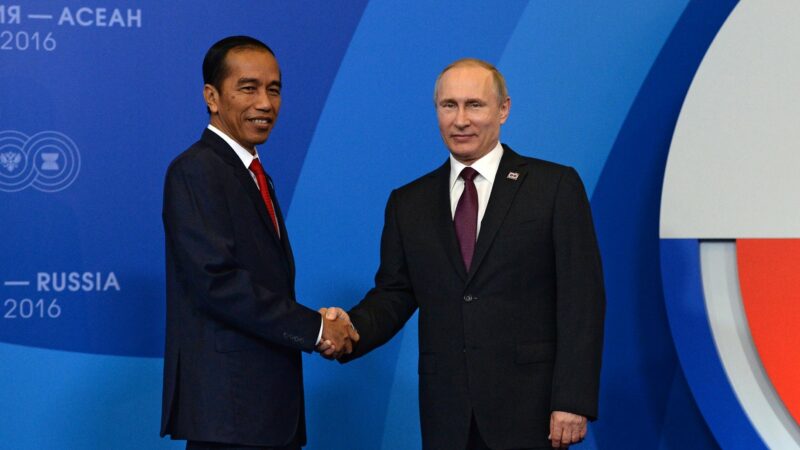 The 2022 G20 Conference, an intergovernmental meeting of the world’s largest economies, is to be held in Bali, Indonesia, on November 15-16. This year’s G20 is chaired by Indonesian President Joko Widodo (Jokowi), who faces pressure from allies to ban Russian representatives due to Russia’s war on Ukraine. Some nations threaten to boycott meetings where a Russian representative is present.

Although Ukraine is not part of the G20, after the initial proposals by the United States and Canada, there was a cacophony of calls in recent weeks for Jokowi to invite Ukrainian President Volodymyr Zelensky to the summit – calls that become harder and harder to ignore.

Russian Ambassador to Indonesia Lyudmila Vorobieva said: “There is no need to draw the attention of economic issues to a political crisis that is not related to the agenda of the G20 forum”, while the Ukrainian Embassy in Jakarta said that Ukraine “will accept such an invitation”. from Indonesian officials.

On April 14, the Kremlin announced that Russian Finance Minister Anton Siluanov would attend the conference virtually.

As more and more details surface about Russia’s alleged war crimes against Ukrainian civilians, the United States and countless other world leaders are becoming more aggressive in their rhetoric around the war, US President Joe Biden even referring to Putin as a “war criminal“and calling out Russia’s human rights abuses in Ukraine”genocide– an incendiary step in international diplomacy.

Meanwhile, Australian Prime Minister Scott Morrison said allowing Putin to attend the G20 would be a “step too far”, and representatives from Canada and Europe have also called for Russia to be banned from this year’s event.

And caught in the middle is Indonesia.

Pressure from all sides

The G20 will be the first major international conference since Russia’s invasion of Ukraine and an opportunity for the international community to take a stand on the war.

Indonesia has so far said it will remain “impartial” in deciding whether to allow Putin or other Russian officials to attend. Indonesian official Triansyah Djani explained that the archipelago will follow the rules and guidelines established in the G20, which in this case means inviting Russia.

Indonesia in presiding over various conferences or forums or organizations, whether it is under the UN agencies, when we lead the security council in the UN or ASEAN or other organizations, always adheres to the rules , to the procedures that apply, including the G20.

Jokowi is under pressure from around the world for his lukewarm stance. A Twitter user wrote:

The Russian Finance Minister plans to attend the G20 meeting next week in Indonesia.

The Russian Finance Minister is to be shunned and banned from participating in any part of the meeting.

Kramatorsk: Russia is a global pariah Why is Indonesia still inviting Russia to the upcoming G20 summit in Bali despite invading Ukraine? 😌

During a press conference, an Indonesian official Effendi Simbolon called Jokowi’s stance was naïve and urged him to take decisive action as the current G20 chair, instead of just acting as an “event organizer“.

During a press conference at the White House, the United States national security adviser JakeSullivan said: “We believe that business cannot be business as usual for Russia in international institutions and in the international community.” United States Treasury Secretary Janet Yellen went on to say that the United States would boycott certain G20 meetings where a Russian representative is present. “I made it clear to my colleagues to Indonesia that we will not participate in a certain number of meetings if the Russians are there.

This bold position of American and Western politicians irritates some citizens, who see it as another example of the West’s overreach in the Global South. Some take to the internet to express their irritation, with only one user Tweeter:

Indonesia should not be dictated by other countries, especially America.

If the president withdraws Russia from the G20, you will show Indonesia that we are not independent.

Even so, some G20 members are debating whether to remove Russia from the group altogether. At a press conference in March, Biden said he supported Russia’s withdrawal from the grouping. However, it is unclear whether current procedures even allow for the ejection of a G20 member, as each member state would have to reach consensus on the decision. Thus, Russia is unlikely to be officially removed.

China has previously said it supports Russia’s continued participation in the G20, as it sees it as a “important member” and would have asked Jokowi not to allow discussions of the war on the G20 agenda, according to reports from the South China Morning Post. Chinese Foreign Ministry spokesman Wang Wenbin also underline“No member has the right to remove another country as a member.”

On Tuesday March 23, Polish Development Minister Piotr Nowak asked the United States to consider withdrawing Russia from the G20 and allowing Warsaw to join Instead. Saying that there should be “no place for Russia in the G20” after having “violated the rules of international cooperation by attacking Ukraine”. …Poland deserves a place in the G20 as the second fastest developing country in the world over the past 30 years.

The enigma of Jokowi 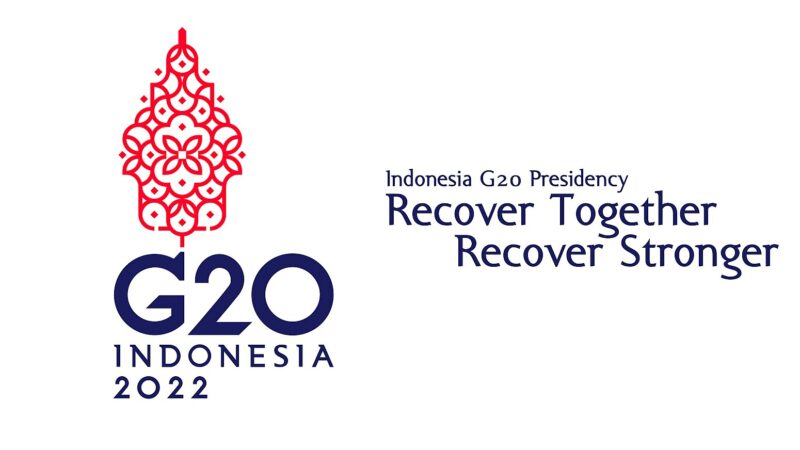 The Indonesian G20 poster, on the theme “Recover together, recover stronger”. Photo from Wikicommons, used via (CC BY 4.0)

Indonesian officials hoped to use this year’s conference to increase the nation’s influence and recognition on the international stage.

Unfortunately, the presence of Russia and the ensuing boycotts risk putting Indonesia in a political and thwart Jokowi’s program. Jokowi – known for his strong economic orientation and conservative foreign policy stances – planned to use the summit to address economic recovery and development efforts from COVID-19. The theme of this year’s conference will be “Recover together, recover stronger.”

There is a risk – particularly if Putin or Zelenskyy attends the event – that Russia’s war on Ukraine will distract from the summit and distract from other major actions.

Indonesia generally leans towards a “free and active» foreign policy, avoiding getting involved in conflicts with the great powers. It took enough neutral position on Russia’s war against Ukraine. Although he made general statements about ending the war and signed the UN resolution calling for peace, Jokowi refused to apply sanctions against Russia, would not call the war a “war” and has so far not directly named Russia in any statement about the invasion. This too abstained to vote on a UN resolution to suspend Russia from the UN Human Rights Council.

To complicate matters, some polls show that a majority of Indonesians support Russia in this war.

This could be fueled by anti-Western attitudes, as Zelenskyy has repeatedly appealed to NATO and Western governments in his attempt to stave off Putin. There has also been a deluge of pro-Russian propaganda pushed into Indonesian cyberspace. As the largest Muslim-majority nation in the world, some Indonesian citizens harbor deep mistrust of the United States after the so-called “war on terror” in the early 2000s and the episode of Islamophobic policies who followed.

[Pro-Russia Indonesians] dislike and distrust the United States. People have seen the United States attack Afghanistan and Iraq in the past for what are considered fabricated reasons like the 9/11 conspiracy and the lack of weapons of mass destruction. This impacted them by questioning the credibility of news sources, in the sense of American mass media. Many say they can’t just accept the news from the United States without reading the other side – but the root of this is their distrust of the United States in general.

Like many countries in South and Southeast Asia, Indonesia also has positive historical ties with Russia.

These factors only make Jokowi’s role more difficult as he must balance alienating many other G20 members by allowing Russia to participate – potentially frustrating his summit goals in the process – or appear too accommodating to Western colonialist governments, which may harm his position with his. constituents.

For more information on this, see our special feature Russia invades Ukraine.

A couple surprised by a flash mob during a wedding on video: “I love the dedication”