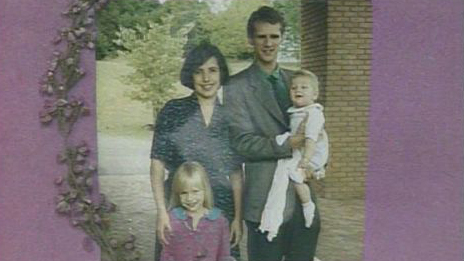 The community is ready to remember the Lillelid family

GREENE COUNTY, Tenn. (WJHL) — Twenty-five years after the Lillelid family was kidnapped and killed just off Interstate 81 in Greene County, community members plan to rally in their memory.

The case has drawn national attention due to the young age of the suspects, including two minors, and allegations by investigators that the group had occult ties.

But for James Stewart and those planning to reunite on Wednesday, the day is set aside for the family who left an impact on everyone they met.

“Their religion was very, very important to them,” said Stewart, an event organizer and podcaster who researched the case. “And unfortunately that’s why they had that van, and the van is what made them a target.”

The Lillelids, consisting of Vidar, Delfina, Tabitha and Peter were on their way home from a Jehovah’s Witnesses convention when they stopped at a rest area along I-81 South, getting out of their van. When they were confronted by the group and asked to hand over the keys and go inside, little did they know that this would be the last ride they would take in the vehicle that meant so much to others in their church community.

“Unfortunately that van made it a target that day,” Stewart said. “And a senseless act of sheer brutality occurred.”

While researching the case, Stewart said he learned that Vidar and Delfina were closely involved with their church, often using the vehicle to shuttle those less fortunate to services.

“The family, from what I could find, were just loving and caring people – I never heard a single bad word about the family I spoke to,” said Stewart said. “They all talk about how caring and selfless the family was.”

Life hasn’t always been easy for the family, but from what Stewart has been able to find out, he believes there was joy in their home before the incident.

“They seemed like really loving parents, really dedicated to their kids,” Stewart said. “Delfina was a stay-at-home mom, she homeschooled Tabitha and was just a full-time mom. Vidar worked really hard as a bellhop at a local hotel in Knoxville.

Vidar, the family patriarch, was ordered to drive to the end of Payne Hollow Lane after the group forced the family back into the car. They were told to get out, then they were shot. Only Peter survived.

Twenty-five years after the murder, the community is invited to come to the site and remember the family who touched so many lives. Starting at 11 a.m. on Payne Hollow Lane, the Lillelids will be remembered for their warmth and concern for others.

For those attending, Stewart said to bring a stone to leave at the site as a marker of remembrance. Rather than flowers that wither and die, Stewart said the stones serve to commemorate the family for centuries.