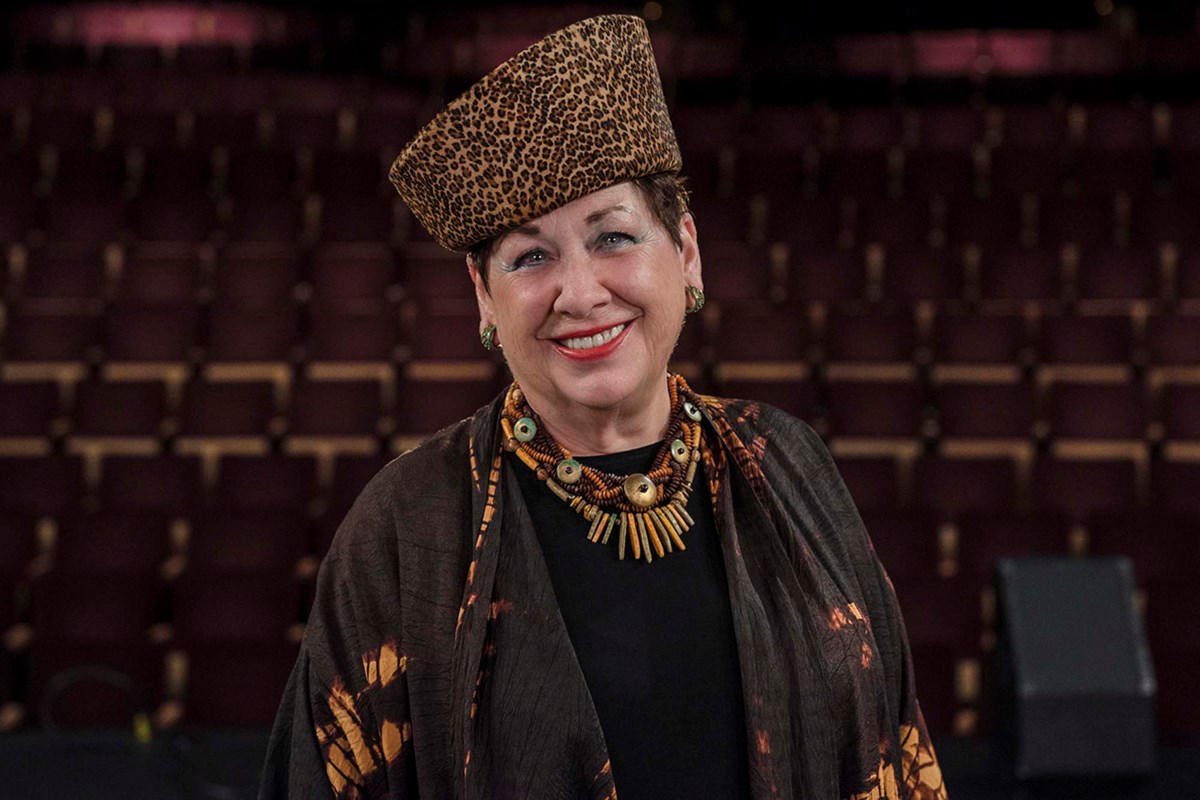 Country-pop singer Hailey Benedict, dancer Paige Tirs and the horn-based Brasstastics are due to perform at the 11th annual St. Albert Mayor’s Celebration of the Arts Awards next week.

But the big draw consists of five categories of stellar nominees who will be recognized for their artistic prowess on Thursday, April 7 at the New City Arts Space at Campbell Business Park.

The sixth and most prestigious category is that of the winner of the Lifetime Achievement Award. It has already been announced and this year’s honored recipient is Carol Watamaniuk, jewelry artist, businesswoman, politician and arts advocate.

“Carol has been a driving force for the cultural sector in St. Albert. She is stubbornly determined to put culture on the map. In fact, she helped bring one of the first departments of culture in Canada to St. Albert,” said Tamsin Brooks, Community Cultural Coordinator for the City of St. Albert.

This group of nominees is identical to the one chosen for the 2020 artistic awards. Due to COVID, the 2020 awards ceremony has been postponed. Fast forward two years and the organizing committee has chosen to keep the previous selection nominated by the jury.

“It’s a very strong group of people. Just because COVID happened doesn’t mean they shouldn’t be recognized. I didn’t want to neglect them. I felt it was unfair,” Brooks said.

Paul Woida, a singer-songwriter and master looper, and his sister, CTV news anchor Carmen Leibel, will fill the role of host. Known as a “one-man band”, Woida will also perform some of his catchy hooks.

“Carmen is poised and elegant and brings a wealth of experience as an anchor. And Paul is very charismatic, and he makes any show fun and exceptional,” Brooks said.

Kyle Walton, artist, blacksmith and owner of Hammer and Forge, has created a decorative and functional work of art that will be displayed at Watamaniuk. And Diane Gwilliam of Pottery by Diane produced a series of striking and unique pottery art for winners in other categories.

From politics to personal artistic achievements, Carol Watamaniuk has made great strides in the cultural landscape of St. Albert for more than five decades.

David Scott primarily works with mixed media applications on birch panels. His rural paintings explore the interplay between man-made structures and their slow decay due to the forces of nature. In 2019, Scott’s work was exhibited across Alberta.

Céline Caruso Dixon is a third-year political science student at the University of Alberta. Last year, her poetry was recognized for a Canadian Literature Center Student Poetry Award in May 2021 for her poem When the honey flows.

Thomas Fenton is a sculpture and painting student who focuses on communicative and emotional pieces. He has exhibited works in his hometown of St. Albert, as well as in the United States.

St. Albert percussionist Jacob Kryger completed a Bachelor of Music degree at the University of Alberta. He was a member of the Edmonton Youth Orchestra and performed as a soloist with the Edmonton Symphony Orchestra and the Calgary Philharmonic Orchestra.

Heather Shepherd is a potter and community programs instructor from St Albert. She holds a degree in ceramics from Selkirk College in British Columbia and spent much of her young age exploring various craft mediums.

Kateryna Young paints and creates art in many forms. Through abstract concepts, she lets color inspire her and lead her in new directions. She combines acrylic and mixed media on large canvases and uses glitter or gloss for special effects and shine.

A natural musical theater talent, Jillian Aisenstat has been performing since the age of seven. She has appeared in over 25 stage productions as well as three television series.

Elena Mercuri is an active artist in the St. Albert community. She has exhibited her work in various spaces across the province, and her studies at MacEwan University reinforced her commitment to the visual arts.

Cyra Paddon has showcased her powerful voice since she was eight years old. As the junior winner of the Big Valley Jamboree main stage competition in Alberta, she continues to receive standing ovations.

Redacted is a six-piece band formed from the rock and pop program of Paul Kane. Armed with a multi-genre repertoire and an energetic stage presence, the band has developed a buzz on the local scene by performing at numerous events in the area.

Charismatic and optimistic, Andrea Shipka mixes roots, folk and pop in a hypnotic combo. She finds her fulfillment through community work, musical performances and volunteering.

Candidates for Excellence in Arts Teaching

A leading cartoonist in Alberta, Fred Curatolo has been drawing editorial cartoons for nearly 40 years. The recipient of numerous cartoon awards, his work appears in daily and weekly newspapers across Canada.

Meridith Gagnon was instrumental in the implementation of the Leo Nickerson School’s bilingual theater program. Driven by a passion for the arts, she focuses on her love of process, where everyone participates and feels successful.

A seasoned musician, Gary Glewinski has been teaching music in schools and colleges for decades. The recording artist has also performed around the world playing ukulele, guitar, bass guitar and mandolin in many musical styles.

Heather Johnson is the Founder and Artistic Director of the Cantilon Choral Program, recognized across Canada and internationally for her outstanding choral contributions. In its 20th season, Johnson is sharing her passion with more than 200 singers.

Janice Manderson is a strong supporter of the arts and encourages the success of her students. In addition to teaching music, she also volunteers her time to lead various drama clubs, jingle choirs and ukulele clubs.

For 30 years, Karen May Healey has empowered students to explore creativity through many art forms, including dance, visual and performing arts, and spoken word poetry.

Ralph Pretz is a performer and music teacher who has taught at St. Albert for nearly 40 years. His main instrument is the guitar for which he also wrote a method book.

Nominated for the Champions of the Arts Award

Deirdre Allen has spent 33 years as an artist, leader, volunteer and patron of the arts. She is proud of her role in celebrating the achievements of artists and arts organizations in St. Albert.

While her works have been exhibited around the world, Bernadette Buyse’s true passion is to encourage and support local artists and organizations. She is currently Past President of the St. Albert Painters Guild.

An avid builder and supporter of arts programs, Kevin Jones works tirelessly to create school cultures that reflect this value. He taught in St. Albert Public Schools for 25 years.

The St. Albert Chamber Music Society fosters the appreciation of chamber music by providing high quality performances by distinguished artists and by developing the talents of emerging chamber musicians.

United in Bronze is a volunteer ensemble from St. Albert bound by a love for the distinct beauty of English handbells. The group performs a surprisingly wide range of musical genres.

The Marlins host a block party at Wynwood Walls