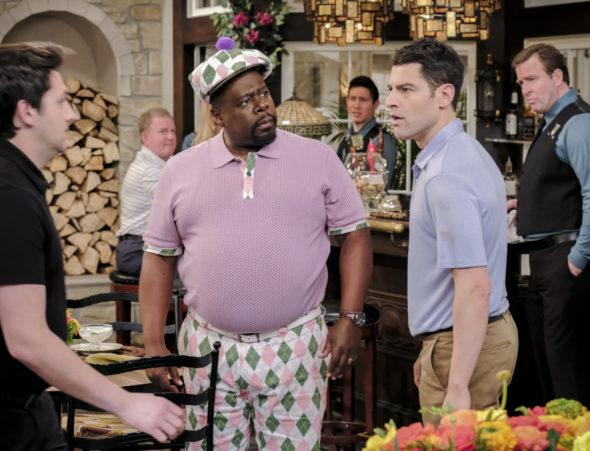 CBS Monday Night Comedies are joining forces later this month. Fans will see a cross between Bob ♥ Abishola and The neighborhood. The episode will air on March 14.

CBS revealed the following about the special event:

“The fun begins when Cedric the Entertainer and Tichina Arnold make an appearance in the March 14 episode of BOB HEARTS ABISHOLA like Calvin and Tina Butler, their characters from THE NEIGHBORHOOD. Then later that spring, BOB HEARTS’ Gina Yashere returns the favor when she walks into THE NEIGHBORHOOD as a party planner named Chika.

reveals BOB HEARTS co-creator Al Higgins: “When we were talking about the [BOB HEARTS] episode, Chuck had the idea of ​​contacting Cédric, Tichina and all our Monday night friends at THE NEIGHBORHOOD. We loved teaming up with them every week, and it was a fun way to honor that. Cédric and Tichina were fantastic. We couldn’t be happier with how it turned out and can’t wait to share the episode with fans of both series.

Add DISTRICT showrunner Meg DeLoatch: “Gina Yashere is an extremely talented comedian, writer and actress who makes me laugh out loud. I’m so excited for her to join us THE NEIGHBORHOOD! I know it will bring a lot of energy and joy.

What do you think? Are you excited to see this crossover event on CBS later this month?