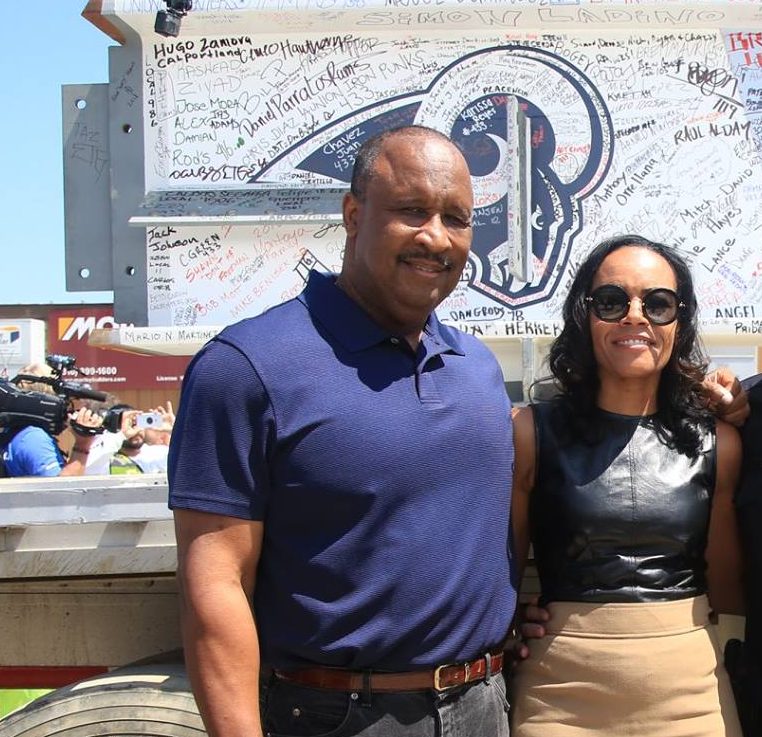 Inglewood Mayor James Butts has taxpayers liable for thousands of dollars in legal fees for lawsuits related to his ego and broken heart. It’s unclear if another trial will follow, after Butts showed up unannounced at a local business with the Inglewood Police Department backing him up.

Unbeknownst to the owners and attendees, Butts was heading there, with police cars from Inglewood arriving soon after.

The mayor admits having arrived at the scene, but not getting out of the car. Instead of showing goodwill toward a new business in town, he would have been there to demand answers regarding McDade’s alleged involvement.

These owners did not receive the same warm and fuzzy reception that the mayor gave to Snoop Dogg when he was present for his inauguration.

They received a citation for an “unauthorized” event.

IPD officers were outraged that they were taken off patrol to cater to the mayor’s personal whims.

It is not uncommon for elected officials to abuse their power over their police department.

After his arrival, he alleged that members of the Baldwin Park City Council fired him, after 49 days, for refusing to perform”favors” for them, and complaining of alleged excessive billing by the city attorney.

Somehow he managed to return to the IPD, almost immediately, but in a lesser role. He was allowed to ignore candidates vying to become a lieutenant, which almost drew a lawsuit from the union. Salcedo remains on the payroll despite receiving a multi-million dollar settlement for those 49 days of work.

In 2018, the City had to lay off dozens of employees who returned to work after retiring.

Mayor Butts continues to abuse his authority and taxpayer resources, while using the IPD with his personal enforcement team.

McDade has filed a lawsuit alleging the mayor is stalking her and appears to be continuing the disturbing pattern. Treasurer Wanda Brown alleges the mayor had officers following her and her staff after talking about city finances. Other members of the community, especially those most vocal about his behavior, also make the same claims that Butts is using IPD to intimidate them.

Ironically, the council canceled this week’s city council meeting, but not before Butts summoned another business owner to his office, demanding answers about McDade’s “involvement” in the grand opening.

Meanwhile, IPD can’t do their job due to Butts’ continued interference and threats.

**Editor’s Note: This article has been updated to more accurately reflect what happened on February 19**