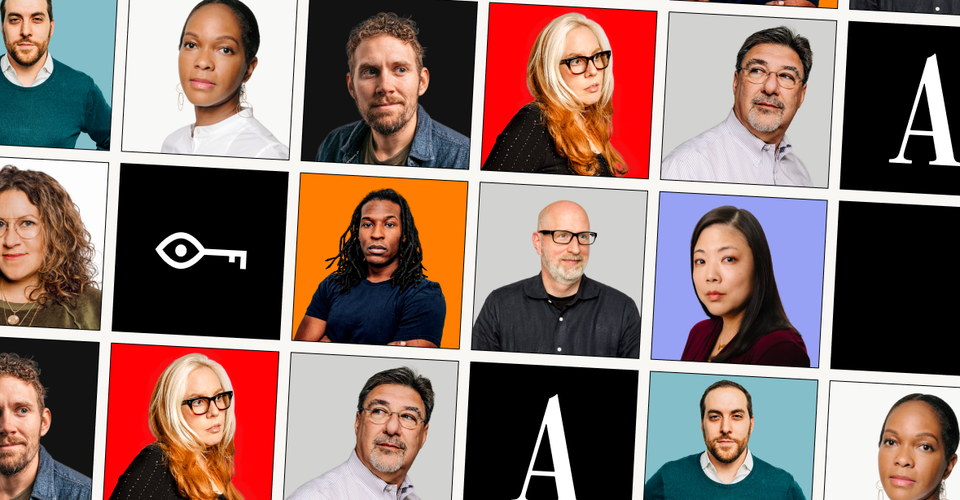 Presentation of newsletter for subscribers – L’Atlantique

At the time (“the day” being roughly 2009) Atlantic’The website housed a particularly exuberant group of bloggers. (For those of you who are unfamiliar with the term bloggers, please ask your AP English teacher for advice.) Atlantic has been, since 1857, home to much of the country’s top writing talent, and our blogroll was no exception. (I was a member of this disputed collective, but I was, at best, its sixth most talented contributor. I was, however, the third or fourth most exuberant).

Blogging has since become a phenomenon (marginalized by Twitter, among others) and, perhaps, good riddance. The Dodge City qualities of spontaneous blogging might be a bit too much. But this spontaneity was also a virtue, as was the creativity of my former colleagues and their fearlessness in trying to figure things out in public.

As discerning observers of the Speech know, newsletters have emerged to perform at least some of the salutary functions of blogging. Newsletters are conversational, unheard, contingent, revealing, humble, and entertaining, and journalism can always use more of these qualities. Atlantic, which is already home to writers with opposing worldviews and original ways of seeing what is (as one great writer who hasn’t had a newsletter once said) too often under our noses, is always ready to introduce our readers to new writers and new forms of writing. Dramatically increasing our newsletter family seemed like a good way to better serve our readers. This is why I am very happy to present nine new newsletters from Atlantic, all of people we think are some of America’s most interesting writers. These newsletters are a benefit of a subscription, but anyone can sign up for free for a trial period, which runs until November 30.

We are exceptionally happy that these nine writers have agreed to participate in this great experience. This is not the start of our newsletter initiative; our current newsletters, including The Daily and Planet, are already reaching hundreds of thousands of subscribers. This isn’t the end of our newsletter experience either – stay tuned for more announcements in the weeks and months to come.

Here are our new newsletter offers:

In Humans Being, Jordan searches for meaning in comics, movies, books, TV shows, and more. Jordan is the editor of Lifehacker, a website that aims to help you “do everything better”. He takes this mission seriously, like the time he decided to see if he could learn to skateboard as a “old and broken” adult. He is also the host of the podcast The upgrade, and the author of Piccolo is black, a forthcoming dissertation on pop culture and identity.

I have notes from Nicole Chung

In I Have Notes, Nicole shares conversations and essays, explores the art of writing, and writes about the books she reads. She will also interact with readers in an advice column focusing on friendships, family relationships and building a creative life. Nicole’s writings have appeared in numerous publications, including The New York Times and GQ. Previously, she wrote a column of advice for Slate and led the digital editorial team of Catapult. She was also editor-in-chief of The toast. His first book, Everything you can ever know, was a national bestseller and a finalist for the National Book Critics Circle Award.

In The Third Rail, David focuses on the Constitution, American culture, and the disputes that divide our nation. He will take a critical look at the most complicated questions and seek to examine the contours of the American debate. David is a writer, veteran and self-proclaimed “receivership lawyer” who has worked in the areas of commercial litigation, constitutional law and the law of armed conflict. As a member of the Army Reserve, he deployed to Iraq in 2007. His latest book, Divided We Fall: America’s Threat of Secession and How to Restore Our Nation, focuses on the consequences of our nation’s divisions.

In Brooklyn, Everywhere, a Kings County native reflects on the many meanings of gentrification and what we risk losing in our relentless pursuit of the American Dream. Xochitl is a novelist, screenwriter and executive television producer. She arrived at her writing career in her forties; prior to that, she worked as an event planner, fundraiser, and tarot card reader, among other activities. His first novel, Olga dies dreaming, arrives in January and is being developed by Hulu and 20th TV.

The wait for Molly Jong-Fast, what?

In the meantime, what? Molly Jong-Fast will tell you what to watch out for in politics today. You won’t have to wonder about her bias – she leans to the left and can’t help but tell you what she’s thinking. Expect politics, scrutiny from the far-right media-industrial complex, and staff. Molly comes to Atlantic of Daily beast, where she is still the host of New abnormal Podcast. She also writes for Vogue, and she writes books, including an upcoming memoir on coming of age in the 1990s titled The last good moment.

In Peacefield, an international affairs expert, former political staffer, and Massachusetts native son writes about America’s place in the world, with particular emphasis on the challenges to the survival of liberal democracy in the United States. He has strong opinions on etiquette and classic rock, and he’s five times undefeated. Danger champion. Tom is already regularly present in Atlantic, and has written several memorable articles in recent years, such as “Donald Trump, The Most Unmanly President” and “I Want My Mutually Assured Destruction”. He is also an expert on Russia and a former professor of international security at the US Naval War College. He is the author of several books. His latest is Our worst enemy: the assault from within on modern democracy.

The volatile territory of Imani Perry

In Unsettled Territory, a Princeton University professor takes readers on a journey through culture, law, history, literature, and politics, doing what she calls America’s grassroots job: diving in depth in order to find meaning in both the extraordinary and the mundane. In addition to being a Hughes-Rogers Professor of African American Studies at Princeton, Imani is the author of seven books, including the next South America: a journey under Mason-Dixon to understand the soul of a nation. She has a doctorate. in American Studies and a law degree from Harvard. She is also an associate professor in Princeton’s programs in Law and Public Affairs, Gender and Sexuality Studies, and Jazz Studies.

An exploration of misunderstood people and unrecognized ideas, Deep Shtetl will take readers off the beaten track to explain the complexity of the present moment. Yair, who once wrote for Tablet, related everything, from national politics to global anti-Semitism through the translation of Harry potter in Yiddish and will seek to understand the culture through a Jewish lens. A self-proclaimed “conspiracy theory connoisseur”, he also composes original Jewish music and once created a Twitter bot programmed to troll anti-Semites.

These are interesting times and Galaxy Brain wants to help you navigate them. Charlie has spent years pondering the most important and complex overlapping issues in tech, media and internet culture. Galaxy Brain is an attempt to navigate – and even enjoy – an era of chaos and tremendous change. Previously he worked as an opinion writer for The New York Times, and as a journalist at BuzzFeed News. His latest book, Out of office, co-written with Anne Helen Petersen, examines and reimagines what America’s relationship with work should be.

The wedding dresses Jennifer Lopez wore to the altar